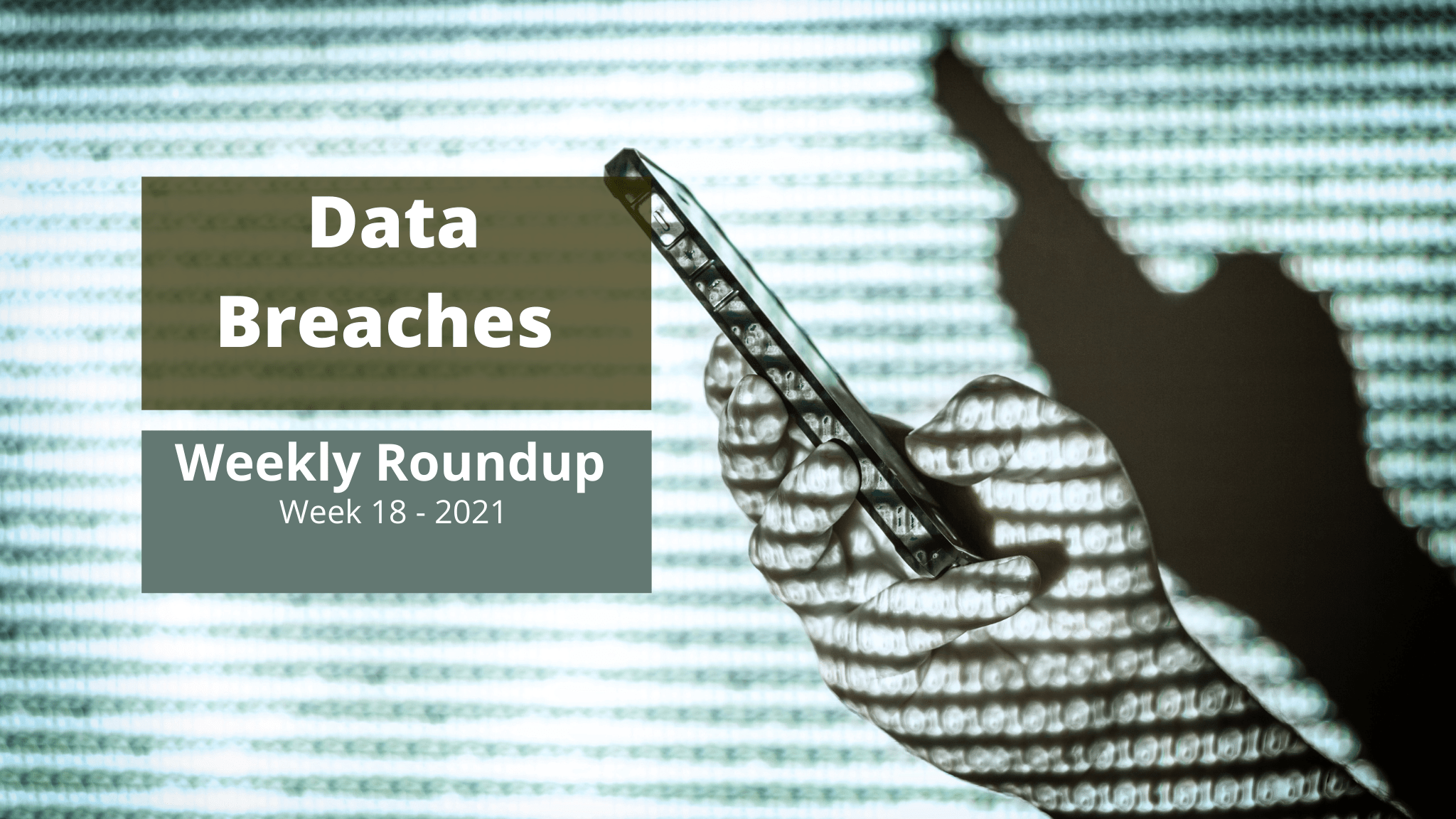 Researcher Bob Diachenko published a staggering finding on Twitter involving an unprotected ElasticSearch cluster that held 5.6 million data records. The entries are generic but match some elements found on Reverb shops, so the data appears to have been derived from the popular music instruments online marketplace. As for what data was leaked, it includes the full names, email addresses, postal addresses, phone numbers, listing/order count, PayPal account email, IP address, and more.

MangaDex has been taken offline after malicious hackers allegedly gained access to a database that housed user data through “the reuse of a session token found in an old database leak through faulty configuration of session management”. #databreach https://t.co/iC65D37P6Q

A website that hosts free manga comics has been taken offline after malicious hackers allegedly gained access to a database that housed user data.

The MangaDex site was taken down for maintenance last week (March 20) after an unknown actor gained access to an administrator account.

The site’s maintainers said the attacker was able to access the account through “the reuse of a session token found in an old database leak through faulty configuration of session management”.

After taking control of the account, they claim to have accessed user data.

Although MangaDex said its investigations had “yet to confirm” that a data breach occurred, it said it was working on the assumption that it did take place. 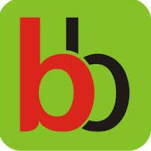 BigBasket is a popular Indian online grocery delivery service that allows people to shop online for food and deliver it to their homes.

This morning, a well-known seller of data breaches known as ShinyHunters posted a database for free on a hacker forum that he claims was stolen from BigBasket.

In November 2020, BigBasket confirmed to Bloomberg News that they had suffered a data breach after ShinyHunter had previously tried to sell the stolen data in private sales.

“There’s been a data breach and we’ve filed a case with the cybercrime police,” BigBasket CEO  Hari Menon told Bloomberg News. “The investigators have asked us not to reveal any details as it might hamper the probe.”

As is typical for older breaches privately sold by ShinyHunters, the threat actor has now released the whole database for free, which reportedly contains more than 20 million user records.

The information was left public facing where anyone with a browser and internet connection could access if they knew where to look.

The below headings is a selection of all the data headings that are contained within this breach. 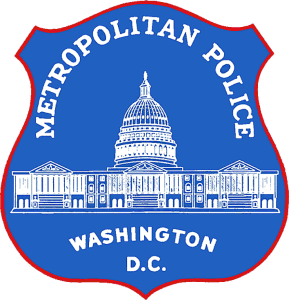 A Russian-speaking ransomware group claims to have hacked the server of Washington's Metropolitan Police Department, and is threatening to share the stolen data with other criminal groups unless they are paid an undisclosed ransom. #databreach https://t.co/vQG90cTtpl

A Russian-speaking ransomware group claims to have hacked the server of Washington’s Metropolitan Police Department, and is threatening to share the stolen data with other criminal groups 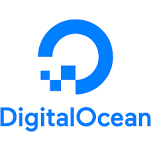 An email sent out to affected customers states that a "flaw" allowed an unauthorized user to access customers' billing details.https://t.co/3mhJVt1CDr

An email sent out to affected customers by DigitalOcean states that a “flaw” allowed an unauthorized user to access customers’ billing details between April 9th, 2021, and April 22nd, 2021.

“An unauthorized user gained access to some of your billing account details through a flaw that has been fixed. This exposure impacted a small percentage of our customers,” reads the email sent to customers.

Los Angeles-based Paleohacks had a mis-configured Amazon AWS S3 bucket as the central point of the #databreach, which was used to store the private data and records of users. https://t.co/r0muyuXGWE

A popular online resource for paleo recipes and tips was the source of a data leak impacting roughly 70,000 users.

The team, led by Noam Rotem, said that there was a failure to implement “basic data security protocols” on the S3 bucket, and such misconfiguration means that there were no access limits to the public.

The bucket contained roughly 6,000 files containing the records of approximately 69,000 users. According to the researchers, the content spanned from 2015 and 2020 and included personally identifiable information (PII) including full names, email addresses, IP addresses, login timestamps, locations, dates of birth, bios, and profile pictures.

Raychat app (https://t.co/cwdurpXU0S), a popular Iranian social and business messaging platform has apparently suffered a #databreach in which personal data and records of over 150 million users have been leaked online.https://t.co/n2Jdj45E5c

The hacker behind the data leak claims they downloaded the Raychat app data when the company exposed its entire database online between December 2020 to January 2021.

Raychat app (Raychat.io), a popular Iranian social and business messaging platform has apparently suffered a data breach in which personal data and records of over 150 million users have been leaked online.

The data leak which has been seen and analyzed by Hackread.com includes:

Cloud communications company Twilio has now disclosed that it was impacted by the recent Codecov supply-chain attack in a small capacity.https://t.co/QDihFTZz9G

Cloud communications company Twilio has now disclosed that it was impacted by the recent Codecov supply-chain attack in a small capacity.

As reported by BleepingComputer last month, popular code coverage tool Codecov had been a victim of a supply-chain attack that lasted for two months.

ShinyHunters strikes again, and the company that’s called to carry the burden is yet another Indian entity, WedMeGood. This is a popular wedding planning platform that helps with all aspects of organizing the ceremonial event, like finding venues, makeup and mehndi artists, groom and bridal wear, photographers, etc.

The platform had a data breach back in October 2020, and as Cyble reported back then, someone uploaded 500MB of data that exposed 1.34 million users. More specifically, that pack included email addresses, password hashes, contact numbers, activity records, and more.

Now, ShinyHunters is giving it all away for free, and it is a whopping 4.3 GB pack. The notorious seller has been leaking away several databases stolen from Indian sites last year lately, and underground rumors claim that it’s because his extortion to these companies hasn’t yielded the desired results. 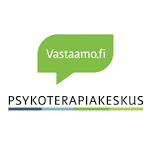 A few days earlier, Vastaamo had announced a catastrophic data breach. A security flaw in the company’s IT systems had exposed its entire patient database to the open internet—not just email addresses and social security numbers, but the actual written notes that therapists had taken. A group of hackers, or one masquerading as many, had gotten hold of the data.

Researchers at security consultancy Pen Test Partners reported that a flaw in Peloton’s online service was making data for all of its users available to anyone anywhere in the world, even when a profile was set to private. #DataLeak https://t.co/6LhwIFYdnB

Researchers at security consultancy Pen Test Partners on Wednesday reported that a flaw in Peloton’s online service was making data for all of its users available to anyone anywhere in the world, even when a profile was set to private. All that was required was a little knowledge of the faulty programming interfaces that Peloton uses to transmit data between devices and the company’s servers.

The U.S. Agency for Global Media (USAGM) has disclosed a data breach that exposed the personal information of current and former employees and their beneficiaries.

USAGM is a US government agency whose mission is to “inform, engage, and connect people around the world in support of freedom and democracy.” USAGM operates broadcast networks, such as Voice of America, Radio Free Europe, Office of Cuba Broadcasting, Radio Free Asia, and Middle East Broadcasting Networks, to deliver news and information to people worldwide.

In a data breach notification shared with BleepingComputer by former Voice of America White House correspondent Dan Robinson, USAGM discloses that they suffered a data breach after falling for a phishing attack in December 2020.

This phishing attack allowed a threat actor to access an agency email account containing the personal information of current and former USAGM, Voice of America, and Office of Cuba Broadcasting employees who worked at the agency between 2013 and 2020.

The exposed information includes full names and Social Security numbers of employees and possibly their beneficiaries and dependents.