Mcdonald's fast-food customers in Costa Rica have been alerted by the company of a #databreach that accessed client private information.https://t.co/eMYhrthsR3

McDonalds fast food customers in Costa Rica have been alerted by the company of a data breach that accessed client private information.

They went on to say that customers should be aware of any attempts by the criminal hackers to contact them posing as the McDonald’s company requesting further personal information, or contains malicious click invitations or to transfer funds.

In a statement to local media the company said that one of its providers had been compromised and allowed the hackers to access client information. It did not specify the location of the provider or if the criminals were able to access information of other providers in its network in Costa Rica. 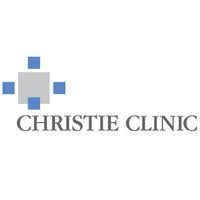 According to the healthcare services provider, the threat actor had access to the compromised email account between July 14 and August 19, 2021, but did not compromise other systems, electronic medical records, or the firm’s patient portal.

“The investigation indicated that the purpose of the unauthorized access was to intercept a business transaction between Christie Clinic and a third party vendor. This investigation was unable to determine to what extent email messages in the account were actually viewed or accessed by an unauthorized actor,” the company said in a data breach notice on its website.

In December 2021, Lakeview Loan Servicing (“Lakeview”) discovered that an unauthorized third party obtained access to Lakeview’s servers and the files on those servers. In total, the data of 2,537,261 individuals were compromised in the #databreach. https://t.co/A0bHYBe5lc

In December 2021, Lakeview Loan Servicing, LLC (“Lakeview”) discovered that an unauthorized third party obtained access to Lakeview’s servers and the files on those servers. Between October 27, 2021 and December 7, 2021 the unauthorized third party used that access to view customer information and access private personally identifiable information.

Lakeview is the fourth-largest mortgage service company in the United States and is located in Coral Gables, Florida. It services mortgages, holds escrow, and provides customer service for over 1.5 million homeowners. Lakeview has approximately 550 employees. In total, the data of 2,537,261 individuals was compromised in the breach. If you received a data breach incident letter from Lakeview Loan Servicing, LLC, you were impacted by the breach. 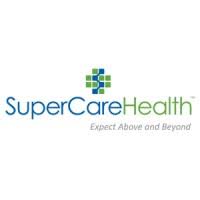 SuperCare Health disclosed a #databreach that impacted more than 318,000 individuals, making it one of the year’s largest healthcare data breaches to date.https://t.co/A17KEJreZs

On July 27, 2021, the respiratory care provider discovered suspicious activity on its systems. SuperCare said it immediately took action to contain the incident and restore and secure its network.

Further investigation revealed that an unauthorized actor had accessed systems on SuperCare’s network between July 23 and July 27.

“On March 25, 2022, we notified individuals whose information was involved in the incident,” SuperCare stated.

In a statement, Wellstar said there was a data security incident involving access to two Wellstar email accounts by an "unauthorized-party." https://t.co/KA3uUwryGa

In a statement, Wellstar said there was a data security incident involving access to two Wellstar email accounts by an “unauthorized-party.”

Snap-on is a leading manufacturer and designer of tools, software, and diagnostic services used by the transportation industry through various brands, including Mitchell1, Norbar, Blue-Point, Blackhawk, and Williams.

Yesterday, Snap-on disclosed a data breach after they detected suspicious activity in their network, which led to them shutting down all of their systems.

“In early March, Snap-on detected unusual activity in some areas of its information technology environment. We quickly took down our network connections as part of our defense protocols, particularly appropriate given heightened warnings from various agencies,” reads a notice on the Snap-on website.

“We launched a comprehensive analysis assisted by a leading external forensics firm, identified the event as a security incident, and notified law enforcement of the incursion.”

Health insurance provider SummaCare is notifying about 1,100 of its members that their information may have been involved in a data security breach. #databreachhttps://t.co/cmmTAj6iqz

Health insurance provider SummaCare is notifying about 1,100 of its members that their information may have been involved in a data security breach.

The Akron-based insurer, which is owned by Summa Health, said it recently investigated and addressed a data security incident involving about 2% of its 61,000 members.

The insurer said it does not believe there was any misuse of information but suggests affected members look at their statements and contact SummaCare if there are any treatments not received.

SummaCare said it became aware Feb. 8 of a misconfiguration in one of its computer systems, which allowed certain documents to be accessible via the internet between Nov. 19 and Feb. 7. The documents contained some members’ names, health insurance ID numbers, patient account numbers, dates of service, provider names and limited treatment information

“SummaCare took prompt action to remove documents and reconfigured the settings on the involved computer system,” the insurer said in a statement. “It also began a comprehensive investigation into the incident with the assistance of a third-party forensic firm.”

Japanese tech giant Panasonic has confirmed its Canadian operations were hit by a cyberattack, less than six months after the company last fell victim to hackers. #breach @CarlyPage_ https://t.co/X0LoYCplDt

Japanese tech giant Panasonic has confirmed its Canadian operations were hit by a cyberattack, less than six months after the company last fell victim to hackers.

In a statement provided to TechCrunch, Panasonic said that it was a victim of a “targeted cybersecurity attack” in February that affected some of its systems, processes and networks.

“We took immediate action to address the issue with assistance from cybersecurity experts and our service providers,” said Panasonic spokesperson Airi Minobe. “This included identifying the scope of impact, containing the malware, cleaning and restoring servers, rebuilding applications and communicating rapidly with affected customers and relevant authorities.”